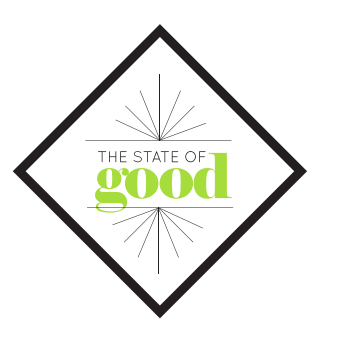 When you get to be my age kids, you start to think about big, fancy, important words like “legacy” and “contribution.” (I know some of my friends are rolling their eyes at me right now – you know who you are!).

Turning thirty is so officially ADULT. While I’ve always loved birthdays and celebrations, 30 feels different. It’s hard to explain unless you’ve actually hit this age (or maybe you felt it at 40 or 50), but you just think to yourself, “Woah, I feel so far into my life right now. I know things, I’ve seen things, I’ve done things!” So many experiences to glean insight from. You can no longer hide behind the idea that you’re young so you didn’t really know better. (Aw man!)

The truth is, yea, us “adults” totally know a good amount of things, but most of life is still trying to figure out what the heck you’re doing every day and just doing it the best way you know how. And then doing it a little bit better the next day, and then the next. It’s a never-ending growth cycle.

The other day I was listening to a podcast featuring Jason Russel, the founder of Invisible Children. If you’re not familiar with Invisible Children, they are an organization that was founded to help end the Lord’s Resistance Army (LRA) and Joseph Kony’s reign in Central Africa. Kony abducts children from their homes and forces them to be child soldiers. They force these children to do horrific things. Things we can’t even imagine. You can (and should) read more about the Invisible Children story here.

What struck me about Jason though, (who is a dad with two small children) was that he had taken a few trips to Africa as a filmmaker and when he found out what was going on there with the LRA and Kony – he just couldn’t bear the thought of not doing something. He thought of his own kids and felt deep in his bones that it was his responsibility to go before his kids as sort of a “street sweeper” to help clear the way for them as best as he could so that when they grew up, the world would be a little bit of a better place.

For him, there were two choices, either he could do nothing….and when his kids grew up they’d live in a world where child soldiers were more prevalent than ever before. His kids would look to him and say, “How did this happen? How come nothing was ever done?” knowing that their dad was in Africa frequently and knew what was happening. Or even scarier…it would be the new “norm.” OR, he could do something, anything, to help, and his kids would live in a slightly better world when they grew up.

That comparison hit me. In my own life, I’ve failed to be a street sweeper many times. I’ve seen things, watched things, heard things that I’ve thought to myself… I need to do SOMETHING. Anything. We all have probably failed to be street sweepers at some point.

My guess is that it’s mostly because we don’t know what we could POSSIBLY do to help make things better, it just seems too big of an issue or widespread of a problem. What could our tiny contribution possibly do? So, we put our heads down and we put the blinders on. By the time our kids grow up and begin to live and comprehend things on their own… they think… how is the world even like this? They are blown away, they don’t get it, they’re overwhelmed. Worse yet, their conditioned to it…it’s their “normal.”

It’s no secret that this can apply to so many things in our world today. Obviously, I know that given the timing of this post,  political happenstances are the first issues that likely come to mind. These things are so, so important, yes – but this applies to every area of life. Most of life boils down to this: treating everyone we meet with the proper dignity and grace they deserve, regardless of their social, economical, marital or political status. Fighting for each other instead of against each other. Are we doing this? How can we do it better?

Now, I’m not saying we need to go out and start this huge organization to make change happen. I’m saying…start where you are. If there is injustice or brokenness in your little bubble or your community, lean in. Whether that’s volunteering your time to a mission in your town, helping our homeless veterans get back on their feet, helping in a church food pantry, running races for cancer research or simply sitting down and having a cup of coffee with someone who views the world a little differently than you. Taking the time to listen (like, really listen), and understand that it’s ok to have some differences because that’s makes us a team in the end. The things you’re good at and have a capacity for are different than the things I’m good at and have a capacity for.  It’s not a new concept…no one wants 10 Amber’s on a soccer team or 10 Amber Managers in their workplace. (Things would crash and burn, trust me people.)

Betty White just celebrated her 95th birthday. God bless that woman. She’s lived a full life. I think she may be my spirit animal. Her little interview with Katie Couric is gold. They talk about division in America right now. Katie asks her what she makes of everything that’s happening. Here’s her response in snippets:

[When things are hard] “That’s the time to buckle down and really work positively as much as you can. There may be nothing I can do about THAT right now, but I can do my best in my little circle. So, if I do that, maybe you’ll do your best and we’ll get through this.”

She continues…”I know it sounds boring, but I’m a positive thinker, I’m a cockeyed optimist. And that’s why I’ve stayed happy all my life. You gotta get through it.”

I feel like every year we hear, “Oh this generation is so much worse than before,” or “We live in the most trying times, the most sinful times, technology has ruined us…etc. etc.” The list could go on. But what are we doing to street sweep ahead of our kids or ahead of the next generation to ensure it gets better? Are we just holing up, too occupied with trying to protect and shield our inner circle from it? Or maybe we’re on the other side just making an upset ruckus about things without actually taking any action?

I guess I’m asking… what would happen if we just kept making tiny positive changes in our inner circles, in our little communities and sweep the pathway there to inject change for the future?

It’s not in every person’s blood to get up and fight for what they believe outwardly in crowds, to street sweep by doing huge grand things. And that’s ok. For some, their street sweeping happens in each interaction they have, in the behind the scenes, in the way they choose to respond to someone’s rudeness or kindness. And I think those people’s voices and actions are as equally important.

Again, this isn’t a new concept, but it’s an important gut check; one I need often. As I start another decade of my life, I’m thinking more about how I can leave a better legacy.  The story of Jason Russel and KONY really struck me. In 2004, the United Nations called the LRA crisis in northern Uganda the “most forgotten, neglected humanitarian emergency in the world.” Because Jason decided he had to do something back in 2004, Invisible Children formed and started off as a one man show. Today, Invisible Children has contributed to a 93% reduction in killings by the Lord’s Resistance Army. Incredible. A little step can go a long way. Or a little step can go a short way, and that’s OK too…at least it’s a step. That step is a sweeping start. 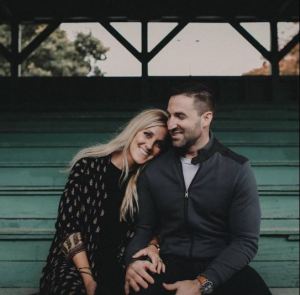